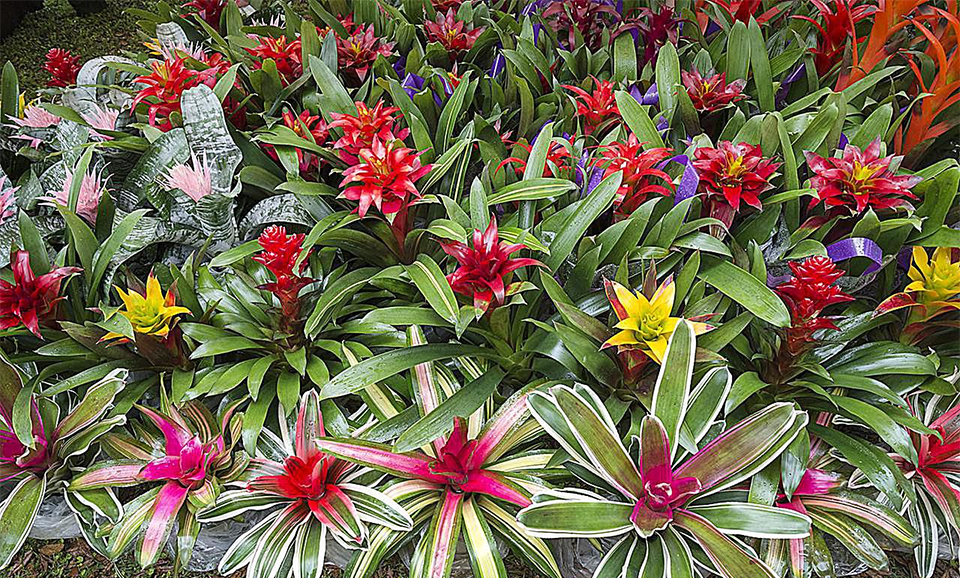 The Bromeliads are a large group of tropi­cal and subtropical plants which differ from other plants in that they take in food and water through their leaves, as well as through their roots, hence their common name of air plants.

In the wild, they grow as epiphytes on the branches or trunks of trees, in crevices in rocks, or on the ground. They have developed the ability to take in food from the air to such an extent that some have ceased to rely on roots for anything but stability.

Bromeliads are grown variously for their dramatic foliage or for their spectacular flowers, although a few, such as vriesea and aechmea, do well in both categories. The leaves of most of the varieties grown as houseplants tend to be rosette-forming, with a cluster of leathery, straplike leaves surrounding a central, water-filled cup. It is from this cup that the flower arises — some barely rising above the level of the water and others forming at the top of a tall spike. Individual genera are listed below.