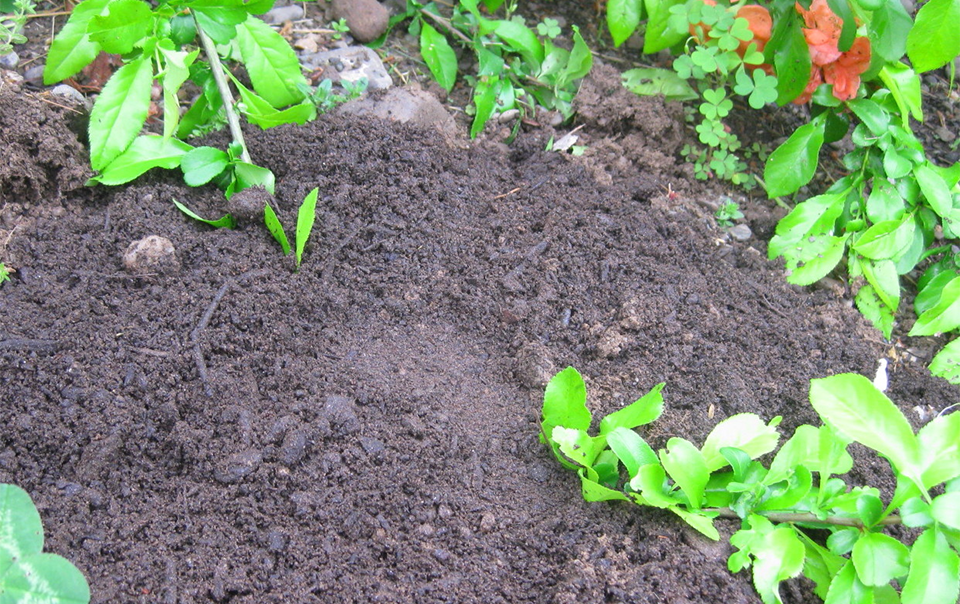 This technique is low-risk, since it is the only one that does not involve separating the new plant from its parent until rooting is complete.

The advantage of layering is its lack of risk to either the parent plant or its offspring. The young plant, or the stem to be layered, is bent down and brought into contact with a pot of soil without detaching it from its parent.

It is held in position with a U-shaped wire hoop, and remains there until it has formed roots to support itself; the connecting stem can then be severed. If rooting is unsuccessful, the stem is not cut, and the whole process can begin again. Indoor plants, such as hedera and philodendron, which have aerial roots at leaf joints on the stems, can be propagated in this way.

Plants such as chlorophytum and tolmiea produce small replicas of themselves, complete with tiny roots, on long stems or mature leaves as they grow. These are ready to start growing as soon as they come into contact with the growing medium. The plantlets can either be rooted while they are still attached to the parent plant or they can be separated, potted up, and grown on in their own right with a minimum of fuss as they establish.

In fact, the only difficulty may be with the sheer quantity of the offspring produced — although there is no need to remove them from the parent plant, where they can remain indefi­nitely. If the plantlet already has some roots of its own, it can either be detached from the parent plant imme­diately and rooted in water, or planted immediately in small pots of soil mix. The roots should take only a few days to begin supporting the plant.

Offsets are small plants that develop at the base of mature plants, such as bromeliads, cacti, and succulents.

These small plants either grow from the main stem itself, on secondary stems (stolons) or they arise base- to-base, such as bulblets.

No offset should be severed from the parent plant until it is large enough to survive on its own, and although this is not always easy to judge, it can generally be taken once it resembles the par­ent plant in shape and characteristics. It may even develop roots of its own before it is severed, which makes success even more likely.

Use a sharp, clean knife to cut the offset from as close to the parent as possible, and place it into a pot of moist potting soil. Larger offsets may be unsteady, and need supporting with short canes until the roots provide firm anchorage.