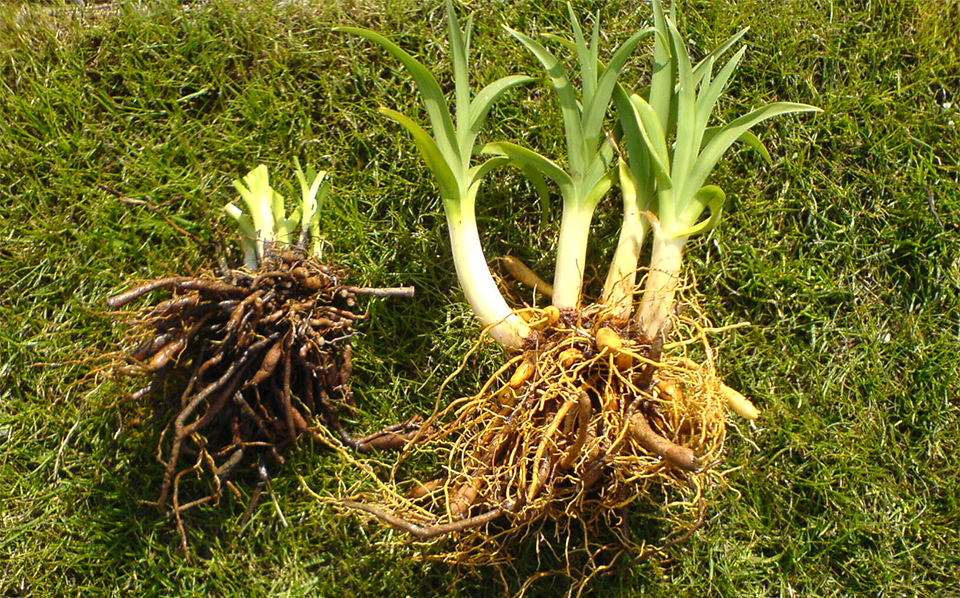 Many clump forming plants can be increased in number by dividing the existing large clump into smaller ones.

Start by removing the plant from its pot and laying it on a flat surface to examine it. (Watering the plant ar. hour before removing it from its pot will enable you to remove it more easily.) Select a point where separation looks possible and gently begin to tease the roots apart. It may be necessary to wash t! e roots first to get a clearer view, but it is important to inflict as little damage as possible to the roots, since this will hinder their recovery.

Plants with a rhizomatous or very dense root sys­tem, such as orchids, may need to be severed with a knife, so make sure that it is clean and sharp, and the cut is made in as few movements as possible. For the greatest chance of success, each piece of plant should have both leaves and roots. The new plants can then be planted into separate pots slightly larger than their root system, and watered to set tie the potting soil around the roots.