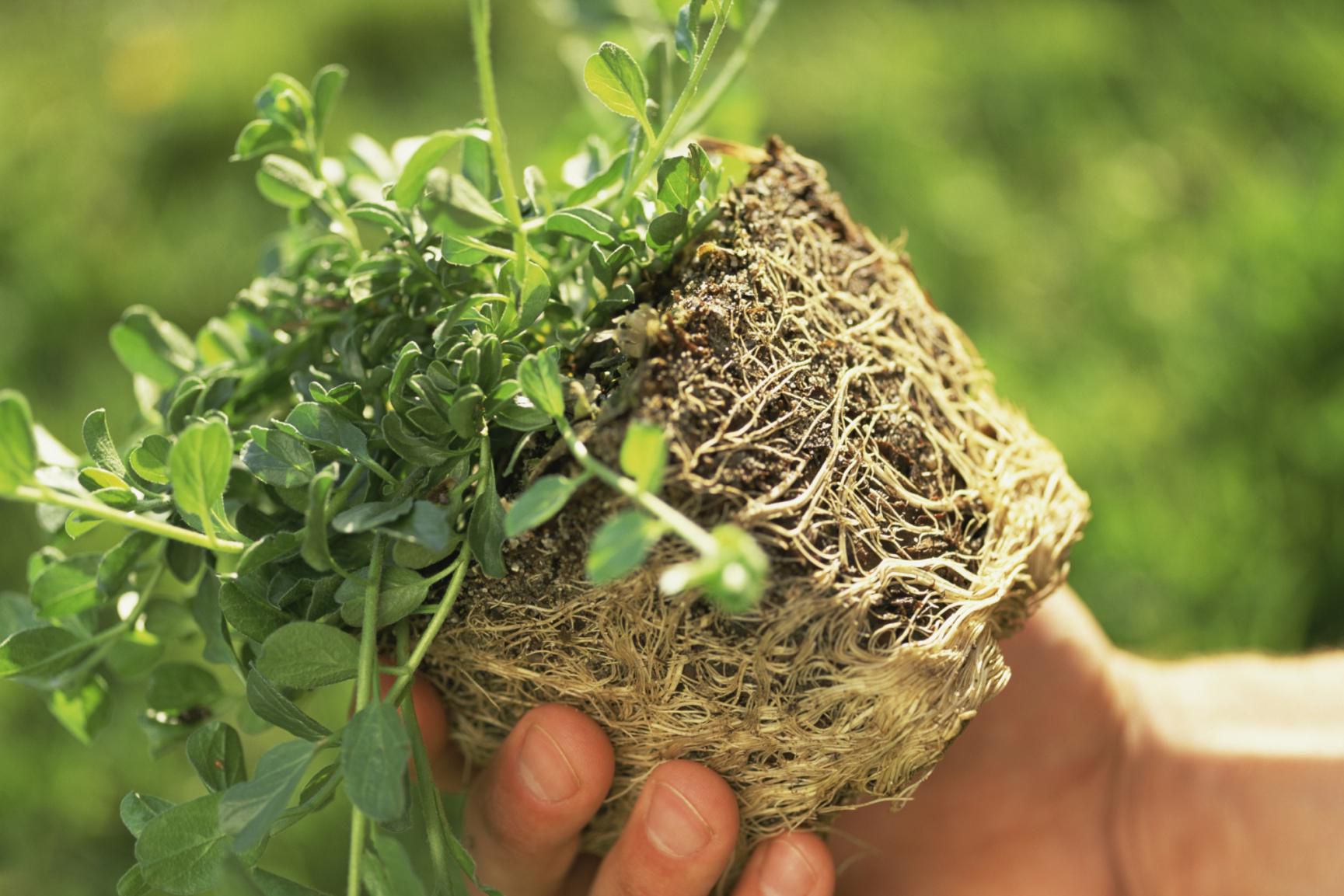 Whenever you remove a plant from its container, the most important consideration is to avoid damaging the roots, since open wounds are potential sites for attack by disease.

To make the operation smoother, the plant should be watered ‘thoroughly at least an hour before you attempt to remove the pot. This will hold the soil mix together and allow the root ball to be slipped from the old pot easily. Place one hand over the sur­face of the sail, with your fingers spread to straddle the stem, invert the pot, and knock the rim gently against the edge of a table or a wooden block. The pot should lift off the root ball, which is then ready to transfer to a new pot. To help the plant establish quickly in its new pot, tease out some of the roots around the edge of the root ball.

Removing a thorny plant from a pot

This is a good way of handling prickly plants, such as cacti, but it would work equally well for plants with irritant sap.

Cacti are wonderful plants, easy to care for, with the most spectacular flowers, but they are among the most awkward to handle. Getting spines in the skin can cause discomfort for weeks. The easiest way to avoid this is to grasp the plant with a piece of folded newspaper or cloth while you invert the pot to loosen the root ball. (Watering the plant an hour before removing the pot will enable the plant to slip out more easily.) The newspaper can be left wrapped around the plant as you transfer it to its new container, and then used to hold it in place as the soil is filed in and firmed around the sides. Only when the whole operation is complete can the newspaper be removed and discarded.

Other plants that can cause skin irritations, such as oleander and primula, can be treated in the same way until they become too large, when gloves become the only viable alternative.

Fold a piece of newspaper several times. It should be long enough to pass around the plant and be gripped firmly. Invert the container, knock gently to loosen the root ball, then remove the old pot.

Using the newspaper as a handle, gently lift the plant and move it to its new pot. Do not remove the paper until after you have filled and firmed the soil around the root ball.