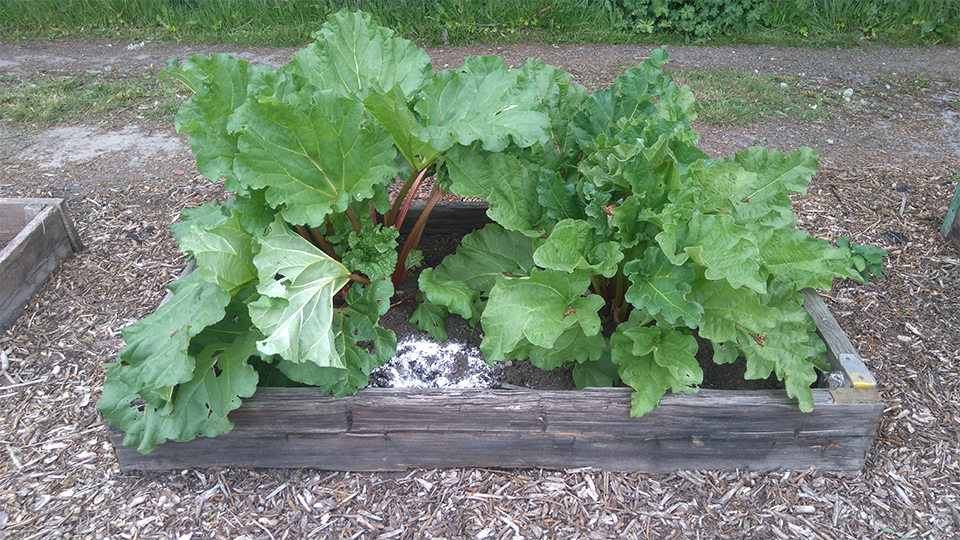 Once established, rhubarb looks after itself year after year. All you need do is pull as many stalks as you can eat.

When to plant: Late autumn.

At their best: Early summer.

You will need: Rhubarb plant, well-rotted organic matter – such as manure, spade, slug pellets or a slug ring.

Dig in organic matter, plant, and water in well. Protect your plant from slugs, either by using a copper slug ring or with a few slug pellets.

Water during dry spells. Feed every spring with an organic liquid fertilizer, and mulch with well-rotted manure. Do not pull any stalks the first year and only one or two in the second year. After that you can harvest more. To harvest, pull and slightly twist the stems.

Forcing rhubarb, by excluding all light when it first sprouts, results in sweeter, more tender stalks. As soon as you notice new shoots starting to appear in spring, cover the plant with a light-excluding barrier, such as a metal bucket, a box, or a rhubarb forcer, which will draw up the sweet stalks. The tender stems will be ready to pick about four weeks later—a month or so earlier than other rhubarb. Pick this crop, then leave the plant to recover for the rest of the year, and the following year.