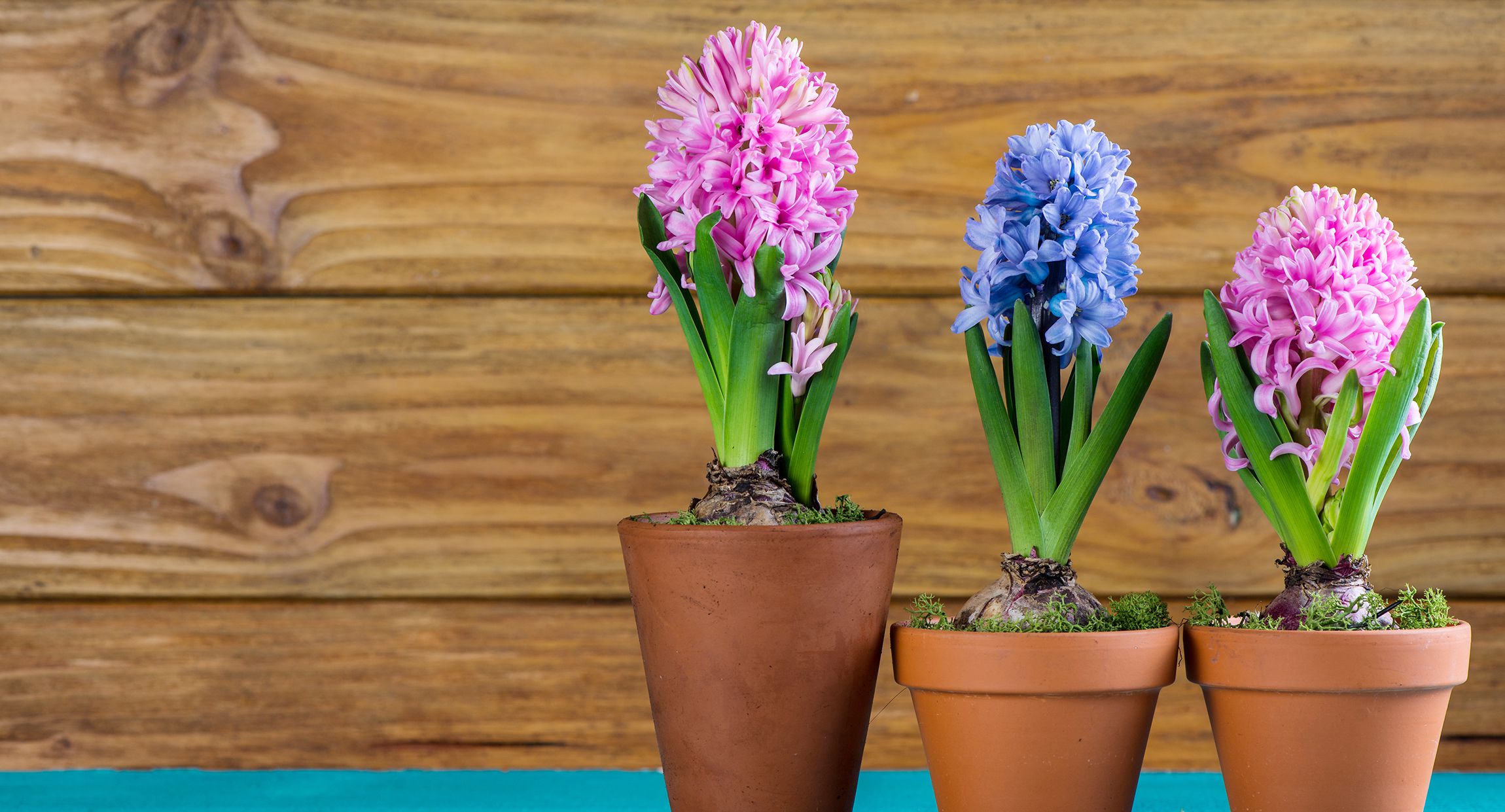 Bulbs, corms, and tubers vary in size from delicate freesias to large hyacinths, and as a general rule, should be covered in three times their depth of soil when planted. However, as there are exceptions, always refer to instructions on the pack. Most bulbs prefer free-draining soil, so incorporate a layer of pebbles in the base of the pot, and include a good proportion of grit or coarse sand.

This term is used when a plant is put back into the same container with fresh potting soil, rather than being moved to a new one.

Every plant benefits from an annual supply of fresh potting soil, but this doesn’t mean changing the container — especially if the plant is already in as large a container as you can accommodate. Likewise, as a plant ages and its rate of growth slows down, it may only be necessary to move it into a larger pot. in alternate years rather than every year.

The way to refresh the soil if the container is not being changed is to replace some or all of the soil. Remove the root ball from the pot and very gently wash some of the old soil away from the roots, without damaging them in any way. Return it to the same container and fill around the roots with a new soil mix, containing a slow-release fertilizer, which will last until the plant needs repotting again.

When to Pot, Repot, Or Pot On

You will need to repot or pot on your plant if: