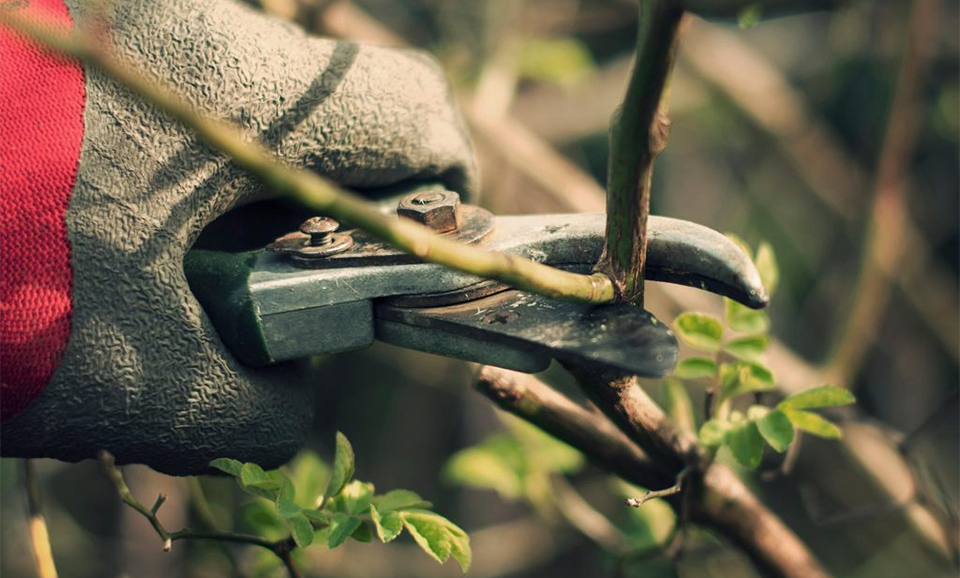 The best time to prune deciduous climbers and shrubs depends on whether they bloom on growth produced in the same or previous years. Generally, those that flower after midsummer are pruned hard in spring. Those that bloom in winter, spring, and early summer are pruned soon after flowering.

This group contains spring show-stoppers, such as forsythia and flowering currants (Ribes), as well as early-summer bloomers, including Philadelphus, Weigela, Deutzia, and Spiraea ‘Arguta’. These all flower on stems that were produced the previous year; prune them just after flowering so that new growth can ripen throughout the summer.

Remove dead and diseased growth, and cut back old flowering stems, leaving new shoots to take over. Thin overcrowded growth, cutting a third to a fifth of the oldest stems to ground level. Apply an all-purpose granular fertilizer, water well, and lay a deep organic mulch.

Prune early-flowering shrubs, such as honeysuckle, Lonicera x purpusii, in early summer after flowering. Cut a third of the oldest stems to 12 in (30 cm) from the ground with a pruning saw, reducing the length gradually to prevent tearing.

Trim back tall stems to stimulate new buds to shoot lower down the stems and make a bushier plant. This also gives new growth room to develop and mature, and still leaves sufficient old wood to bloom the following year.

This group contains shrubs and climbers that flower in late summer and autumn, such as butterfly bush (Buddleja), shrubby mallow (Lavatera), Hydrangea paniculata, Perovskia, and hardy fuchsia, as well as late-flowering clematis, like C. viticella. Prune all the stems back hard in late winter or early spring to promote lots of new flowering shoots.

To prevent tall, fast-growing shrubs, such as butterfly bush, Buddleja, from being damaged by autumn storms, prune the tallest stems after flowering. Then carry out the main pruning in spring.

In spring, remove long whippy stems and thin twiggy growth with clippers to reveal the main framework of branches. Using a pruning saw, cut back to create a low structure of healthy stems.

Pruning encourages more flowers and healthier growth. It breathes new life into old shrubs, and can even increase the longevity of short-lived plants, such as shrubby mallow, Lavatera.

Many evergreens are not as hardy as deciduous shrubs and grow more slowly. They are best pruned sparingly to reduce their size and keep them tidy after the frosts, between late spring and late summer. To avoid removing any blooms, prune summer-flowering evergreens, such as Escallonia, when the flowers have finished.

Never prune evergreens in autumn because any new growth will not have enough time to harden off before the frosts return, and could be damaged. If any stems are harmed by frost, leave them until the following spring before removing them.

Shrubs, such as Ceanothus, should be pruned lightly after flowering since they may not make new wood if cut back too hard. Maintain a compact, flower-filled shrub by pruning long, straggly branches by 10–12 in (25–30 cm), but leave some of the shorter stems unpruned to help the plant maintain its strength. Cut above a leaf bud to prevent die-back and stimulate new growth below the cut.

Old and overgrown deciduous or evergreen shrubs can be cut back quite severely to rejuvenate them and help them become productive once more. Those flowering on wood made the previous year may take a couple of years to bloom again.

Shrubs, such as Ceanothus, should be pruned lightly after flowering since they may not make new wood if cut back too hard. Maintain a compact, flower-filled shrub by pruning long, straggly branches by 10–12 in (25–30 cm), but leave some of the shorter stems unpruned to help the plant maintain its strength. Cut above a leaf bud to prevent die-back and stimulate new growth below the cut.

Cutting back an overgrown mahonia

Shorten the main stems to 2 ft (60 cm) above ground level. First, remove dead, damaged, and diseased stems. Then, imagine the regrown plant and maintain a balanced shape while you cut out the oldest growth, to leave around 5 or 6 strong young stems. Prune these to 12–16 in (30–40 cm) from the ground, making sloping cuts to deflect the rain.

Many deciduous shrubs are valued for their brightly colored foliage, which grows on young stems and can be encouraged by hard pruning. Some shrubs should be cut back severely every year, such as the colored-leaved forms of elder (Sambucus), spiraea, Indian bean tree (Catalpa bignonioides), and smoke bush (Cotinus). Others, like the purple filbert (Corylus maxima ‘Purpurea’), should be pruned every two years. To aid their recovery after pruning, water them well and apply an all-purpose fertilizer. Then add a thick mulch.

Cut back a smoke bush

Prune the shrub down to a stout framework of branches in spring, before the leaf buds burst. Use a pruning saw to reduce the height initially, then cut all the healthy stems to 2 ft (60 cm) from the ground. Pruning also keeps the shrub more compact.