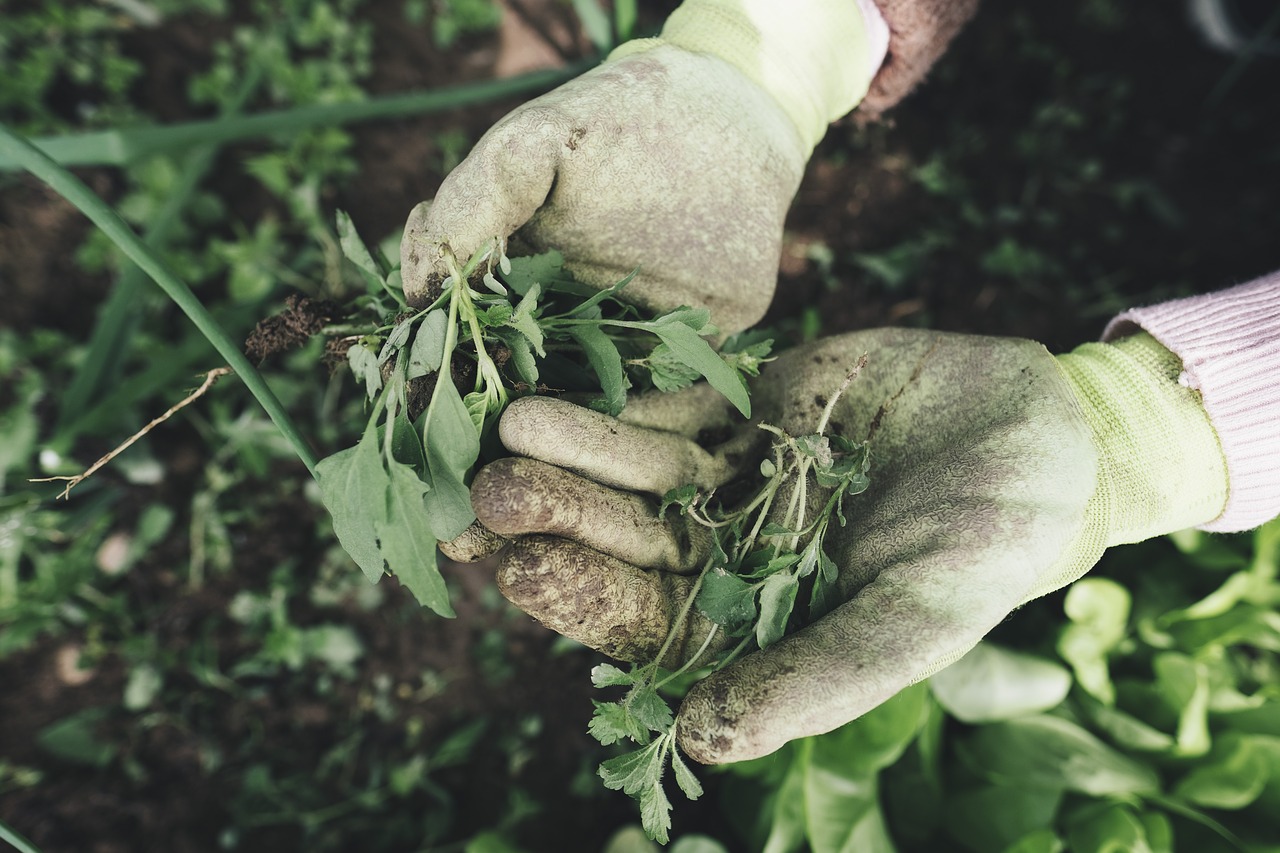 Thuglike grasses, such as couch, scutch, and twitch grass, as well as broad-leaf weeds, including thistle, dandelion, and chickweed, all compete with your plants for nutrients, water, and sunlight. They also spoil the look of displays and take up valuable planting space, so it is vital that you weed them out.

The way in which you control the weeds in your garden depends partly on whether they are annual plants that grow, make seed, and die in one year, or perennial types, which survive winter via tough root systems. Some annuals flower almost continuously for most of the year and produce vast amounts of seed, so try to clear them at the start of the growing season before they bloom.

After weeding, apply a mulch and dig over the soil as little as possible so that you don’t uncover more weed seeds. Perennial weeds, like dandelions and couch grass, also flower and seed, but it is their tough roots that make them difficult to eradicate. Any root fragments that you miss when digging them up will regrow into new plants, so try to remove every piece.

Most annual weeds are easy to dig up or pull out by hand. On large areas, use a hoe to sever the stems from the roots just below soil level, taking care not to cut off your plants too. Hoe on a dry day, and leave the weeds to die on the soil surface. Some weeds, such as buttercups, spread by long stems, called runners, that root when they touch the soil.

Ease out the root systems of young plants with a hand fork. Contact weedkillers are useful for controlling annual weeds in paths and gravel, and on bare soil before planting. Always follow the manufacturers’ instructions. Use a systemic, glyphosate-based weedkiller for perennial weeds because this kills the roots, preventing plants from regrowing.