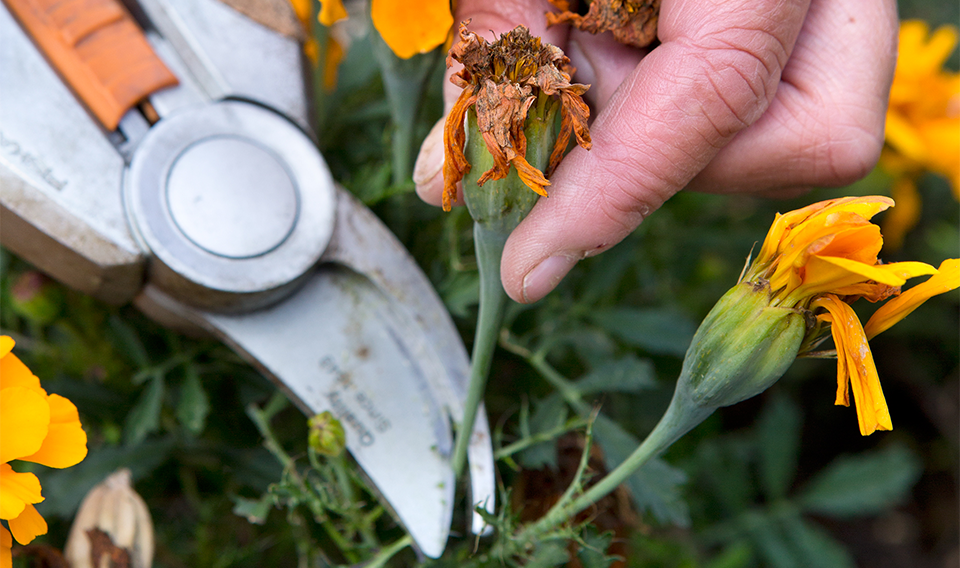 This technique involves removing the flowers as they begin to fade and die. It reduces the risk of fungal attack and conserves the plant’s energy.

Dying flowers on a plant not only look unsightly but they are liable to rot as they fall, making them a prime target for attack by gray mold. Disease can spread quickly to the rest of the plant if there are any damaged areas where it can enter.

The whole of the dying flower head should be removed, including any developing seeds, because unless the seed is going to be collected and used, its production wastes the plant’s energy. With many plants, removing the flowers as they fade encourages the production of more buds, since their natural instinct is to produce seed. This has the effect of extending the flowering season and increasing the interest of the plant.