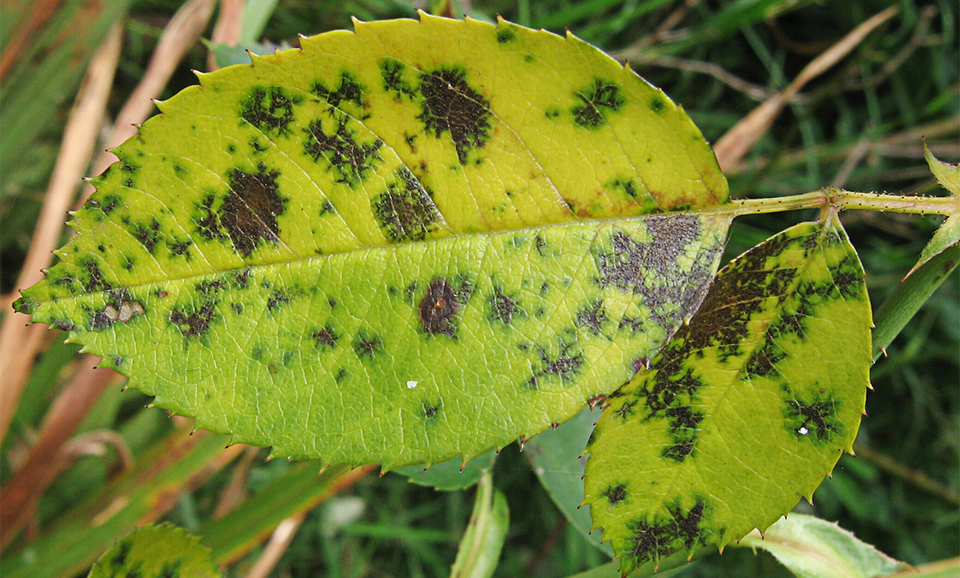 Diseases start when a fungal spore, bacterial organism, or virus finds a point of entry into the plant. Maintaining good standards of hygiene, and keeping plants healthy and well-fed, helps to reduce the chances of infection.

Cuttings turn black at the base, the top becomes discolored and dies. Caused by a fungus, soil- or water-borne, and often carried on dirty tools.

Covers the affected part of the plant with gray fluff. It usually enters via a wound and can thrive on living or dead tissue.

Remedy: Remove infected areas by cutting back to healthy tissue. Clear away all dead leaves and flowers immediately. Spray with general fungicide.

All living parts of the plant are susceptible to this white powdery fungus.

Remedy: Remove infected areas by cutting back to healthy tissue.

Usually attacks the stem of the plant, making it turn wet and slimy. Often associated with overwatering.

Remedy: Parts of the plant may be salvageable for cuttings; otherwise, it should be discarded.

Sooty mold A black fungus, which grows on the honeydew excreted by many insects. Looks unsightly and interferes with photosynthesis. Remedy Wash with a soft cloth and soapy water. Identify and treat the pest.

Causes changes in plant cells, resulting in yellowing or mottling of leaves, and distortion of shoots. Often spread by sap-sucking insects.

Remedy: There is no cure.