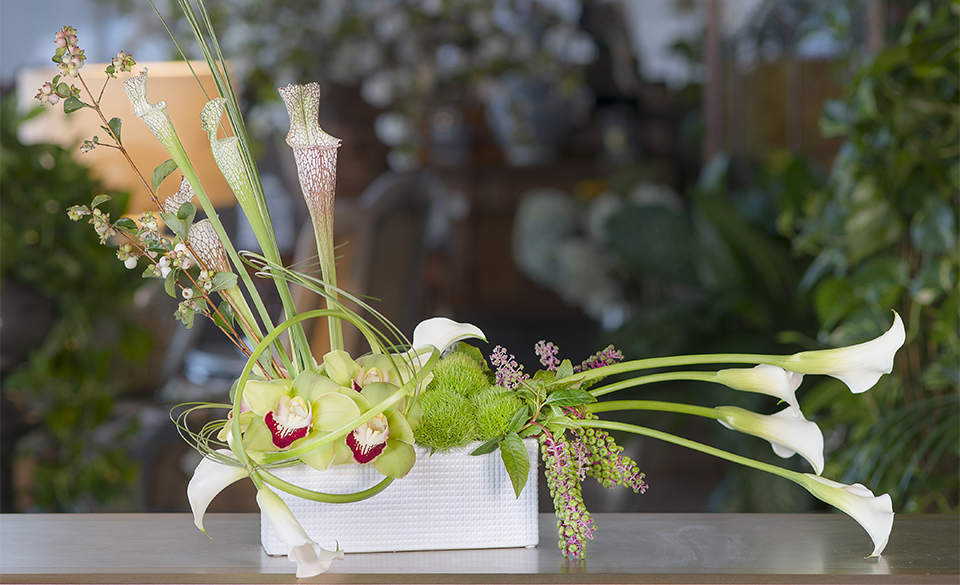 Clear white lilies with a frilly skirt of Diascia and dramatic striped grasses make a chic windowbox display for the front of the house. You could use for example Lilium ‘Reinesse’, which like all Asiatic lilies it is unscented, but you could easily substitute a perfumed-type, such as ‘Muscadet’, to produce a fragrant combination.

If your windowbox has no drainage holes, make a few with an electric drill. In early spring, add a layer of broken clay pot pieces to the bottom of the box, and cover them with potting mix. Plant up bulbs as shown opposite. Plant the delicate Diascia at the front of the box and the stripy Carex at each end. Or, for an instant effect in summer, buy the lilies in flower and pot them up with mature Diascia and Carex plants.

Caring for the display

Feed your windowbox every two weeks with a tomato fertilizer, and keep it well watered from late spring and throughout the summer. The lilies will flower for a few weeks in summer, and can then be planted out in the garden in free-draining soil. The Diascia will bloom continuously all summer and can survive the winter outside in mild areas; the Carex is quite hardy too, and is effective in winter displays.

To help prolong the display, regularly remove fading flowers on your Diascia. This stops the plants from producing seeds and focuses their energy on making more flowers instead.