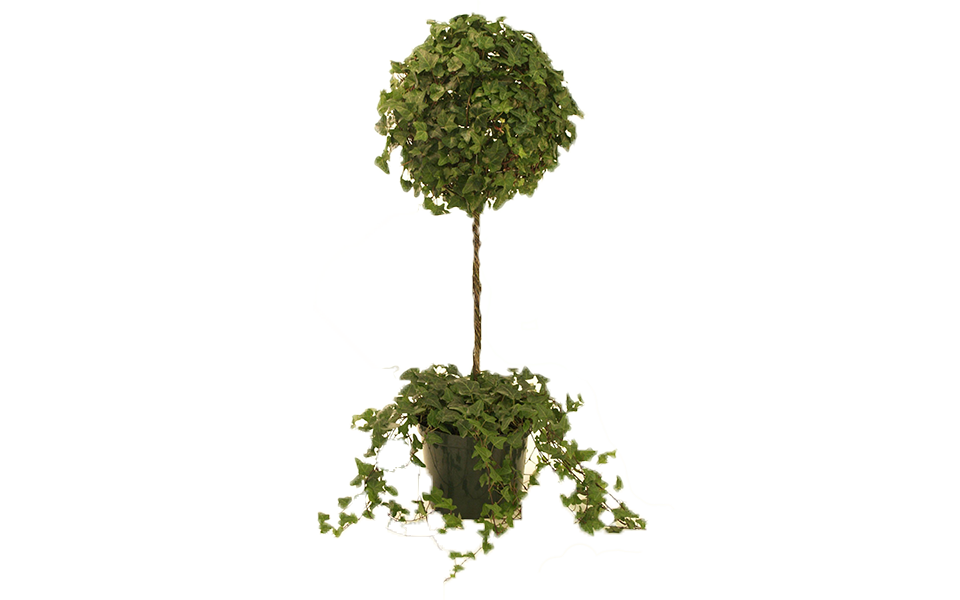 Standard trees make a bold statement in the garden but can be expensive to buy, but with a little patience and the right care you can create your own, as long as the plant has a strong lead shoot.

When to start: Anytime.

At their best: All year round.

You will need: A variegated holly, such as Ilex x altaclerensis ‘Golden King’(for example) , large container, a stake, twine, clippers.

Look at the plant from all angles before pruning. Decide how long you want the clean stem to be and what growth you are going to leave to make up the lollipop top.

Prune the lowest side shoots from the main stem, but don’t remove all of them at once because they help pull sap up the plant. Once the plant has a round head, you can cut them all off.

Tie in and shape

Shorten the growth left at the top of the plant slightly to encourage it to bush out and form a rounded head. Push a stake into the soil to support the main stem, which will be quite weak at this early stage; tie securely in several places. Trim the head to shape each year.

Almost any plant can be grown as a standard, and if you have the time it is worth experimenting to see which work best.

Globes of flowers and foliage

Roses are traditionally trained as standards, and are particularly effective grown in this formal way with less traditional mixed cottage-style planting beneath them. The same is true of wisterias. Other commonly grown standard lollipop trees include boxwood and bay, often used for topiary, and decorative evergreens, such as rosemary, Euonymus fortunei, and Photinia. You can also create interesting foliage and structural effects with large deciduous trees, such as acers and oaks, trimmed into standards, as long as you prune them regularly.